The Importance of Operating System

An Operating System or OS is software that acts as an interface between your computer hardware components and the user. Every computer needs an operating system, whether it is a desktop or laptop computer, a smartphone, or your video game system.

Applications like Browsers, Notepad, MS Office, games, etc., need some environment to run and perform their tasks. It is the OS that helps you to communicate with the computer. You cannot use any computer or mobile device without having an OS. 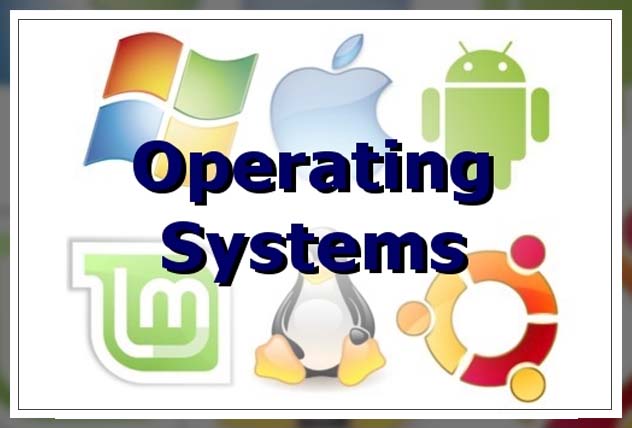 Why is it Important to Know About Operating System 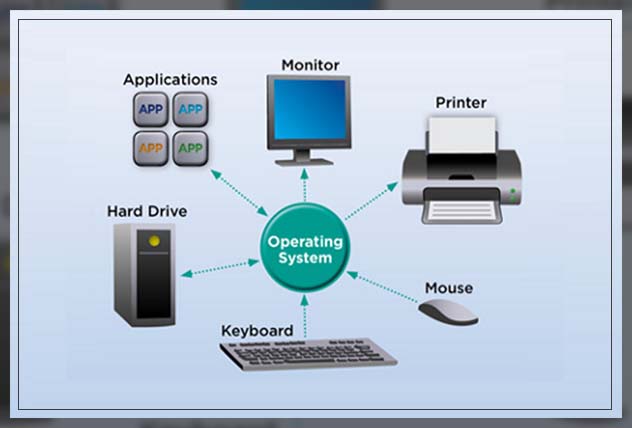 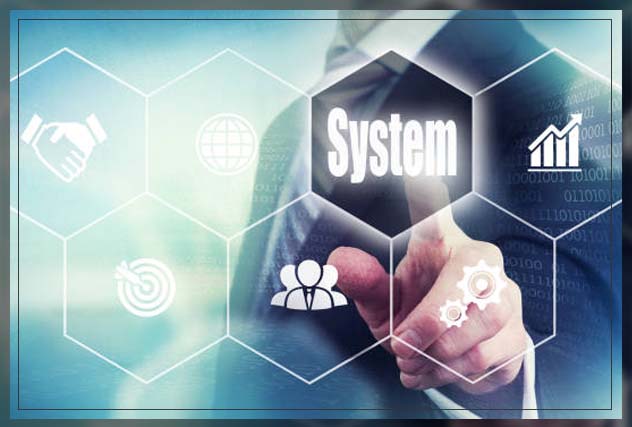 Why Need an Operating System?

As you might know, an operating system is the most important software that runs on your computer. It manages the computer’s processors and memory, as well as all of its software and hardware.

The OS is the connection between you and your computer. Without an operating system, a computer is useless.

Each computer system should have at least one operating system to run other programs on the system. That is the core software on your computer that sits between application software and the hardware. OS is solely responsible for distributing memory and computing resources to the apps, managing files, and enforcing security rules.

Modern OS use a graphical user interface, also called a GUI. A GUI lets you use your mouse to click icons, buttons, and menus. The GUI allows you to display everything on the screen using a combination of graphics and text. The GUI is also used to view the applications running on the OS like Web Browser, Notepad, MS Office, games, and more.

Interestingly the operating systems were first developed in the late 1950s when it was used to manage tape storage. The General Motors Research Lab implemented the first OS in the early 1950s for its IBM 701. Then in the mid-1960s, operating systems started to use disks. It was then the disk drives came into the picture.

In the late 1960s, the world saw the first version of the Unix OS. The first OS developed by Microsoft was DOS. DOS was built in 1981 after purchasing the 86-DOS software from a renowned Seattle company. The present-day popular OS Windows you use today first came into existence in 1985. It was also the first time that a GUI was created and paired with MS-DOS. 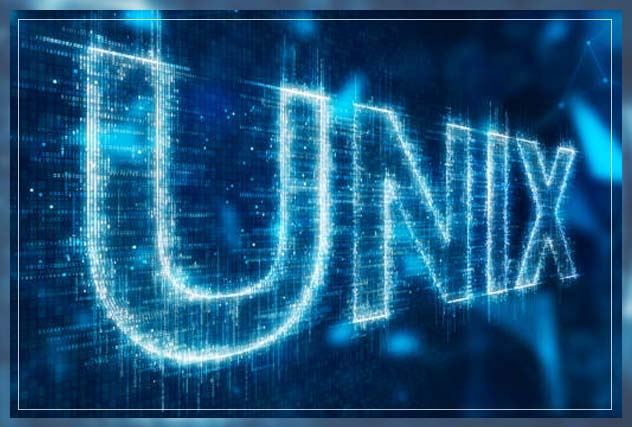 The job of the operating system

Your operating system’s GUI has a different look and feel. So once you switch to a different OS, it might seem unfamiliar at first. However, modern OS are designed such that it is easy to use, and most of the basic principles are the same. Listed below are the types of operating systems:

Microsoft built the Windows OS in the mid-1980s. Since then, there have been many different versions of Windows. Out of which the most recent ones were Windows 10 released in 2015, Windows 8 released in 2012, Windows 7 released in 2009, and Windows Vista released in 2007. Microsoft Windows comes preloaded on most new PCs you buy, which helps to make it the most popular operating system in the world today.

macOS, previously called OS X, is an OS created by Apple. It comes preloaded on all Macintosh computers or Macs. Some of the specific versions include Mojave, released in 2018, High Sierra 2017, and Sierra 2016.

According to a stat, macOS users account for less than 10% of global OS. This figure is much lower than the percentage of Windows users, which is more than 80%. The primary reason for this is that Apple iOS computers tend to be more expensive. However, uses generally prefer the look and feel of macOS over Windows.

Linux is a family of open-source OS. Meaning they can be modified and distributed by anyone around the world.

Unlike proprietary software like Windows, which can be modified by the company that owns it, Linux can be edited by anyone. The advantages of Linux are that it is free, and hence there are many different distributions or versions you can choose from.

According to stats, Linux users account for less than 2% of global users. Interestingly, most servers run Linux because it is relatively easy to customize.

Why is it Important to Know About Operating System

By making a shift to the cloud era, computing’s traditional building blocks are slowly abstracted away. In addition, with the use of virtual machines and public clouds, computers are slowly becoming obsolete.

Despite such a shift over the last few decades, the operating system remains a rock-solid foundation of modern information technology. Why is it still a core building block?

As you might be aware, the functions that the OS provides are critical to computing. As long as there are systems with memory to manage, I/O to arbitrate, processes to schedule – the OS remains vital.
Does abstracting the operating system make these functions less critical?

You might not notice the electricity and water that sustain your homes and office buildings every day, and you would not say that they are irrelevant. It is actually that you have grown accustomed to their availability, and you take them for granted. 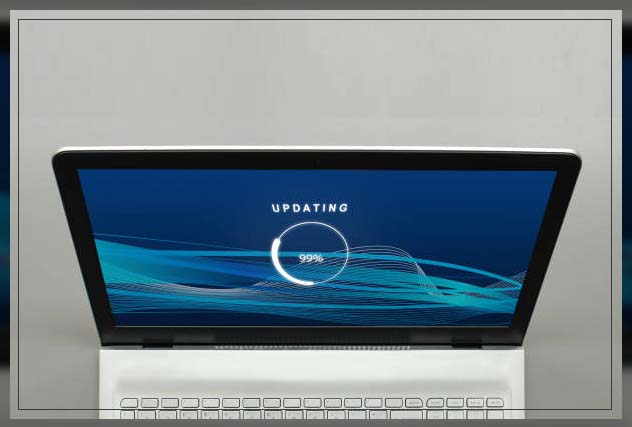 Similarly, the operating system has also evolved over these years and has become such a utility. It is common and universal – meaning you do not notice it because it just works.

The operating system lies at the core of your daily life, serving as the basic backbone for your computer and laptops. The OS is everywhere – it is in your mobile phones(mobile operating system), your cars, our smart devices as well.

It is predicted that there will be approximately 212 billion ‘things’ globally by the end of 2022. These include a large percentage of intelligent systems that will be installed in various consumer and enterprise applications. At the base of all this lies the OS that helps to control and connect with the Internet of Things around.

The main task an OS carries out is allocating resources and services like the allocation of memory, processors, devices, and information. In simple terms, an OS is a piece of software that manages the allocation of computer hardware.

Some other typical operating system functions include managing files, memory, processes, I/O system & devices, security, etc. The coordination of the hardware must be appropriate on the computer system so that user programs can run smoothly.

Discussed below are the main functions of the OS. In an OS, the software performs each of these functions:

Process management: It helps the OS to create and delete processes. The OS also provides mechanisms for synchronization and communication among processes.

Memory management: This module performs the task of allocating and deallocating memory space to programs in need.

File management: The OS manages all the file-related activities like organization storage, naming, sharing, retrieval, and even protection of these files.

Device Management: The OS does device management by keeping track of all the devices. This module, also responsible for this task, is called the I/O controller. It also performs the task of allocating and deallocating memory to the devices.

Handling Input/Output Operations: The OS handles all sorts of inputs, i.e, from the mouse, keyboard, desktop, etc. It does all interfacing in the most appropriate way.

Error Detection and Handling: Another essential function is the detection of any type of error or bugs that might occur while doing any task. The well-secured OS prevents any sort of breach to the computer system from any external source and then handles them.

Why Need an Operating System?

By any standard – an operating system is the most critical software you have installed on your computer. The OS acts as the administrator of many computer processes. In addition, it also allows users to harness the power of the various graphics, sound, and memory assets within your computer.

For the vast majority of users today, a computer or laptop would be useless if it did not include some form of an operating system.

With the popularity of technology, each one of us has been introduced to the major OS in use: the Windows operating system or macOS.

Although these OS function in uniquely different ways, the services they provide to users are relatively similar. With that in mind, taking the time to understand the importance of an operating system can help ensure that you have the information you need to find the right computer for your needs.

On a fundamental level, an OS manages virtually every aspect of the user experience. Starting from the moment you begin using your computer to the final second before it shuts down, the OS plays a fundamental role in its functionality.

Besides acting as a software package, the OS connects with your computer’s CPU, various memory, and storage. It also acts as a liaison for hardware, software, and users.

Regardless of technical advancements every year, the operating system will remain at the core of enterprise computing. The OS is here to stay, and it will forever be the foundation of our interconnected world.